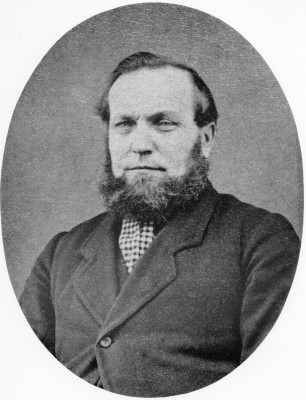 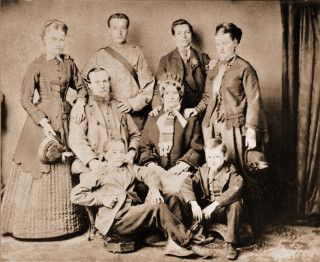 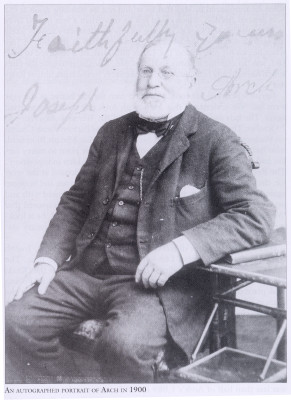 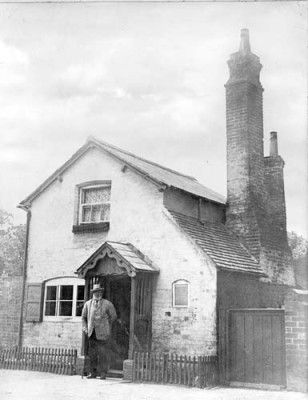 Joseph Arch as an old man outside his cottage 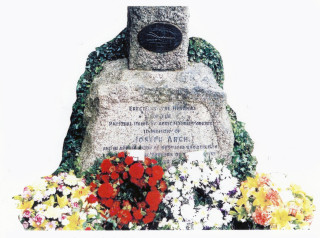 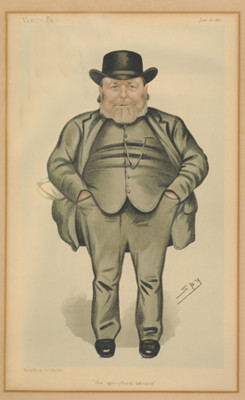 Cartoon by Spy of Joseph Arch the MP

The right man in the right place at the right time

Joseph Arch was born in 1826 in Barford and became a symbol of the farm workers’ struggle for a better life and was a household name in Victorian times. At the General Election held in 1885, he became the first agricultural worker to become a Member of Parliament. On his retirement he returned to spend the last nineteen years of his long life in the tiny cottage in Barford in which he had been born.

After only three years of schooling, at the age of nine he started work as a bird-scarer – at a wage of 4d  per day (that’s old pence by the way, so about a £1 today).  So he knew from bitter experience the problems facing the poorly-paid, ill-educated rural labourer. Consequently, when in later years he became established as a skilled hedge cutter and an active primitive Methodist local preacher, he determined to expose the hardships endured by his fellow-workers.

In 1872 Arch was the leading spirit behind the formation of the first-ever National Union for Agricultural Labourers and his efforts did much to raise the wages – and the morale – of the farm labourer. Arch travelled all over England, speaking at countless village meetings in stirring language inspired by his deep faith in his cause. Rural workers everywhere welcomed him as one of their own and from the walls of many small cottages portraits of his strong bearded face looked encouragingly down.

The following is an extract from a letter written by Lawrence Arch, a Grandson of Joseph…

“I have enjoyed reading the claims of relationship, near and distant, to Joseph Arch of Barford in your website’s genealogical column and Gord Pace’s website in Ontario.

All of my Arch information, except that of my own family, was obtained from our dear friend and distant relative, William Henry (Harry) Arch of Pavenham, Bedford, a most extraordinary gentleman.

Joseph Arch had seven children, three girls and four boys, John, Joseph, Edward and Thomas. Edward was my father and the only child to leave England, for which I don’t think he was ever forgiven.

After Joseph visited Canada and the U.S., particularly New York City and Boston, where he was treated royally by union people, and related these experiences to a young boy, my father looked upon Canada and the U.S. as the land of milk and honey. Edward was a talker like his father and Joseph had plans for him going into Government service when he was older, so it was a terrible disappointment when my father emigrated to Canada and subsequently to Massachusetts.

Coincidentally, like his father, Edward also had seven children, of whom I was the youngest. Between my brother and me we have three grandsons, but none of them are married, so unless something happens the line dies out with them. There are a number of Arches in Florida, but, according to Mary Arch Thompson of Grand Cayman, these are Cayman Island descendants of Heber James Arch, who was ship-wrecked off Cuba.

Youngest son, Thomas’s wife, Elisabeth, died in childbirth, leaving a daughter, Daisy Isabella, who was eventually adopted by her Aunt Annie and her husband, Revd. Leuty. Daisy Isabella was her grandfather’s favourite and inherited the Cottage in Barford and its contents upon the death of Joseph’s second wife. The Leuty family settled in York and Daisy’s son, Bill Taylor, lives there now. Bill was the only descendant of Joseph’s that Harry ever could find in England.

In the Mills family there has been discussion as to my grandmother’s first name, Mary Ann or Marian. Her given name was Mary Ann, but she preferred Marian. I know this because I have a sampler that she did when she was twelve years old and on this she embroidered her name as Marian Mills and not Mary Ann.” – Lawrence Arch 2014

Can you add to the extraordinary life of Joseph Arch? If so please contribute by clicking the ‘Get involved’ button on the menu bar; or do you have a story of your own family you would like to share?