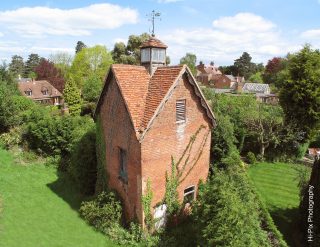 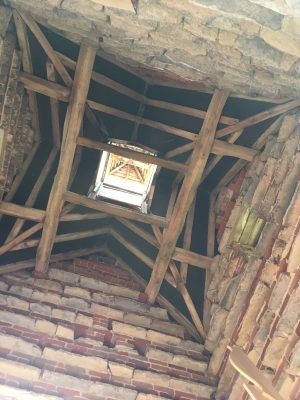 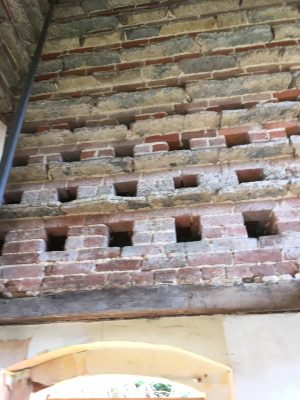 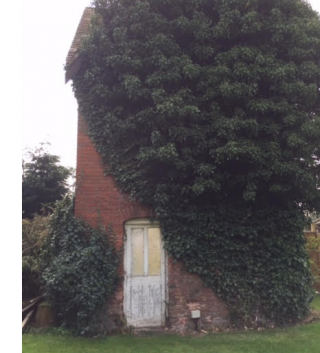 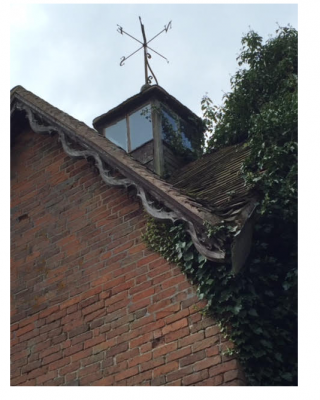 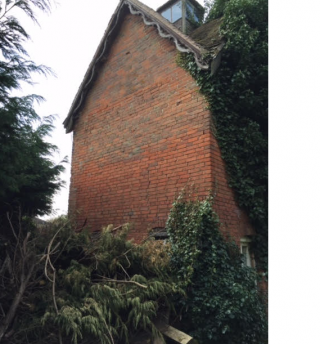 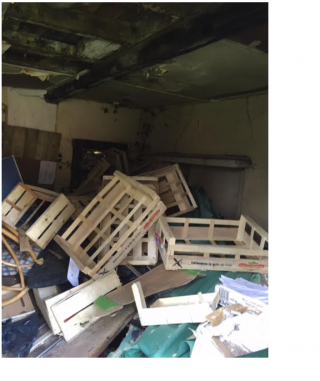 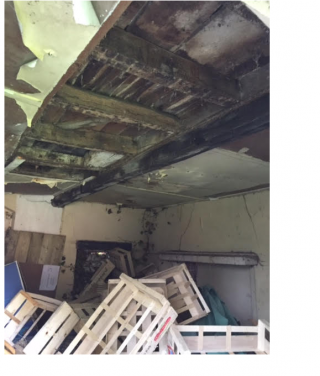 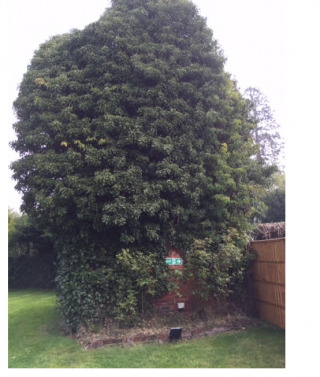 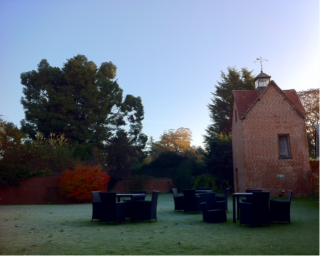 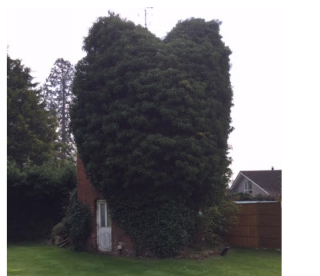 One of Barford’s less obvious architectural treasures is the dovecote standing in the grounds at the rear of the Glebe Hotel.  Along with all the bungalows in Church Lane, these grounds were the rectory gardens in the days when the Glebe Hotel was the rectory.  The dovecote is one of 42 grade II listed buildings in Barford village.

Dovecotes can be traced back to Roman times and they are widespread through Europe.  In Scotland they are known as Doocots.

Up until the 18th century only the Lord of the Manor was allowed to have a dovecote, but it was not just a status symbol.  Before the introduction into the UK of root vegetables as animal fodder it was difficult to keep feed for enough livestock through the winter and other sources of meat were important.  A pair of dovecote pigeons produce a clutch of two eggs which are incubated for 17 days.  The young pigeons, known as squabs are ready to fly four weeks after hatching but their flying muscles have not yet been used; their meat is tender and was prized as a delicacy.  Pigeons can breed in winter, but most squabs were eaten in the period from April through to November.

Of course, the pigeons fed off the crops of the Lord of the Manor and tenant farmers alike.  This gave rise to resentment, court cases and even revolution in France.  At least in England the scaring of birds off the crops was allowed and young boys (among them Joseph Arch) were employed to do this; in France it was illegal.

Then in 1796, with home-grown food becoming more important because of the Napoleonic wars, a Board of Agriculture was formed and farmers were encouraged to adopt more ‘progressive’ practices.  Dovecotes were seen as uneconomic and were regarded as providing a luxury for the minority at the expense of more efficient farming generally.  Pigeons were now considered vermin, wasting valuable cereal crops in the fields and dovecotes became socially unacceptable.  Over time they fell derelict or were demolished.

Our Barford dovecote is square.  It has 300-400 nesting holes, but there are none for the first two metres up from the ground.  So it is probably 18th or early 19th century in construction.  If this is the case, the dovecote would have been built for one of the Mills family, since the Mills were rectors of Barford for most of that period.

During recent years up to 2015 the Barford dovecote became quite derelict, was overgrown with ivy and used as a store by the Glebe Hotel.  After some pressure from local residents, the District Council Enforcement Officer and English Heritage, a refurbishment was undertaken by the Hotel.  The exterior walls were completely re-pointed with lime mortar, the roof was cleaned, the ornate bargeboards were replaced with boards of a much simpler design, the door and window frames were replaced in hardwood and the slatted openings in the gables were repaired.

But what of the future?  Even in the short time after this recent refurbishment a deterioration has begun again.  Glass windows in the tower at the top of the dovecote are missing and the building is once more used as a store.  With the closure of the Glebe Hotel the future of the whole site is now under question.  Should we be making further attempts to secure the future of this valuable and under-rated village asset?

If any of our readers have early memories of the dovecote, or of pigeon recipes and eating pigeons we would love to hear from you.