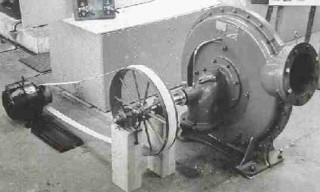 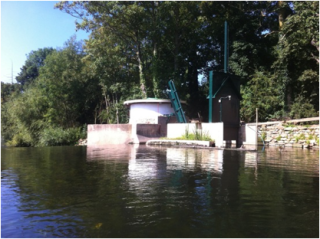 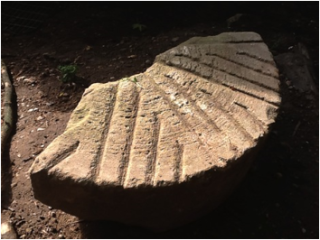 Part of the millstone from the demolished Barford Mill
Kirsty Healey 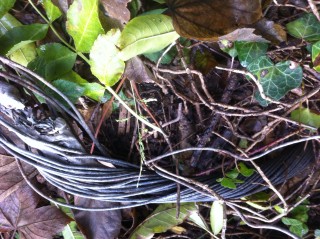 “The lamps are going out all over Europe, we shall not see them lit again in our life-time“, Foreign Secretary Sir Edward Grey made this remark on August 3rd 1914, a few days after the war had started on July 28th.

But in Barford people had different ideas, and work had already started to use the ancient corn mil to produce hydroelectricity.  Electricity production started in November 2014

In February 1915, the Courier reported;

Barford Light Supply; Barford now has a system of light supply and a company has been formed to control it. All the cables have been laid underground. Eleven new cast iron standards with ornamental tops and concave reflectors have been fixed in suitable places. These lamps give 100 candle power and the effect is to give Barford a brilliant appearance which London would now no doubt much like to possess. There is now electricity in the Church, Chapels, Ryland Mansion, Memorial Hall and the principal houses of the village. An exhibition was given at the Ryland Hall showing the value of electricity for cooking.

100 years on: the mill weir has again been used to produce hydro electricity.

During the construction, a section of the old waterwheel, an old millstone, for grinding corn and the original electricity supply cable were unearthed