The Hemmings Family of Barford 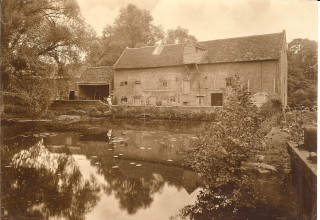 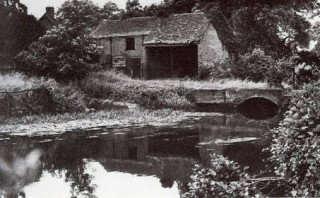 The Old Mill on the Avon 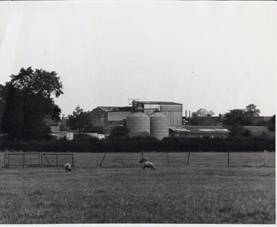 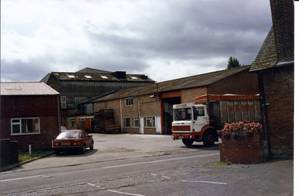 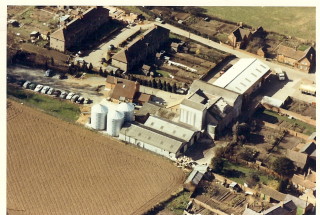 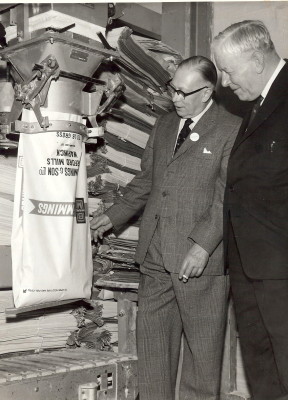 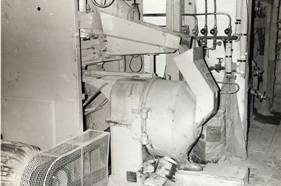 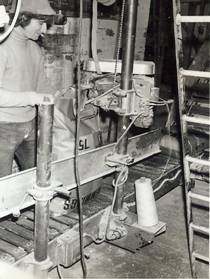 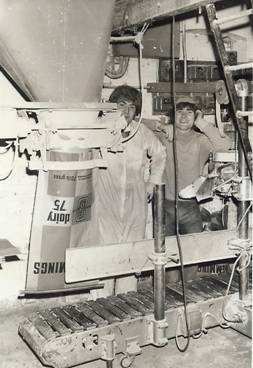 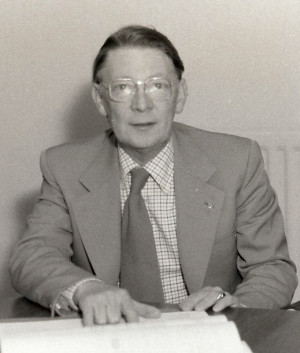 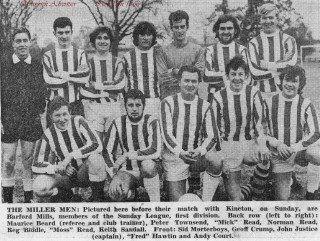 Site of the old water/corn mill

The padlocked gate, to the left of Avonside marks the way to the site of Barford Water Mill – a picturesque landmark which stood on a beautiful stretch of the River Avon. At the time of the Domesday Survey in 1068, “Bereforde Mill” was valued at “2 shillings and 13 sticks of eels”. A stick consisted of 25 of these extremely nourishing fish which were attracted to the spilled grain. It passed through the hands of Bordesley Abbey and the Ward family and was purchased by Francis, Earl of Warwick some time before 1760. John Beale a noted benefactor of the village in the 1670’s was the miller and built the Old Mill House opposite. It was run by Oldhams, in conjunction with various partners, from 1845 to 1916. At one point it had a turbine to generate electricity probably in a similar way to Warwick Castle. This was supplied to the village at 210 volts and was also used in street lighting as early as 1917. This meant that Barford was ahead of its time as the village also had gas from the gasworks near Oldhams transport with a second gasometer at Barford Hill. In 1916 James Hemmings became miller but the corn mill ceased working in 1924 having become unsafe. It was handed over free of charge by the Earl of Warwick to the Severn Catchment Board so the authority could carry out a scheme to reduce flooding between Warwick and Barford. The Mill was demolished in the 1950s

Hemmings take over the mill

When Warwickshire farmer James Hemmings decided in 1905 to buy an old watermill to grind his grain, he can have had little idea of what he was starting.

For 75 years later J. E. Hemmings and Son Ltd was a multi-million-pound animal feed enterprise with one of the most advanced plants of its kind in the country.

From the start, James Hemming” proved ‘a master of what is now called business integration.

As the owner of the village store at Barford, the mill meant he could grind corn from his nearby farm to flour, then sell fresh-baked bread to the locals.

Before long, other local farmers brought their grain to him, and what had started as a sideline became the backbone of a thriving family business. His son, Dick Hemmings, developed an absorbing passion for mechanics.

After serving an apprenticeship with a Coventry engineering firm, Dick Hemmings was called up for service in the First World War and he played a decisive role in the development of the synchronised machine gun firing mechanism. This gave British airmen the big tactical advantage of being able to fire through their propellors.

Pig Farming and the development of animal feed

After the war Dick returned to Barford and took a hand in his father’s water mill. He also discovered a late love of farming and set up a piggery near the village. It proved a fortuitous move as it led Dick to experiment at the mill with producing food for his pigs.

He succeeded royally. So much so that fellow farmers were soon lining up to buy his surplus feed , just at the time when the milling business was set for decline owing to the advent of modern motor-driven mills.

Hemmings became the first firm to bring combine harvesters and grain dryers to Warwickshire. This meant they could cut, dry, market and even mill customers’ grain and led to their expanding the business far beyond the sleepy village whose needs it had originally been set up to serve.

In 1924 the mill changed its location to Mill Lane (previously Red Lion Lane).

Innovative and set slap in the middle of its own prime market, the newly discovered animal feed business grew by leaps and bounds.

One time the bumper grain harvest helped to prevent the cost of many feeds rising substantially. Demand for the firm’s products remained fairly constant. Never the less, Mr Hemmings was anxious in case declining living standards continued to be reflected in a falling demand for meats, as this would cause farmers’ feed needs to fall off.

This costly hardware was essential because mixing modern feed was a highly scientific business. Gone were the days when the firm’s production method was simply to mash together a shovel 0′ this and a bag 0′ that.

Hundreds of different feeds were mixed and each was graded to suit particular animals of specific ages, providing finely- tuned balances of proteins, minerals, carbohydrates and vitamins. Sometimes, even medicines were blended in to help to compare prevalent diseases.

Dick’s son David, became managing director, he took an early fancy to the animal feeds business. Conscripted into the RAF, he even managed to get a compassionate posting to Wellesbourne, where he become a Serviceman by day and a businessman at night.

The business became a full time occupation for 49-year-old David. It had an annual turnover in the region of £5 million and 50 employees in plants at Barford, Southam and Alcester who used the most advanced computerised blending techniques available.

One of the firm’s more novel products was made at their Southam mill. It used waste human food, mostly sub-standard potato crisps and biscuits, to produce about 200 tonnes of high fat feed each week.

During this time, Mr David Hemmings, who continued to live in the village, was also a Parish Councillor and School governor.

His staff at Barford Mill in Mill Lane consisted of

The production Team consisted of

Four workers plus one Foreman

70% of the labour force was from the village the rest from Wellesbourne and other villages in the area.

Cattle Pig and Poultry foods were made here. 22,000 tons was produced at the mill per year. The biggest production was in the winter when 2,000 tons of food was produced per month, but this dropped off in the summer. The food being grazing nuts and milk nuts. Most of the food was bagged about 20% was bulk mostly in poultry food.

Grain and raw materials cost about £19-22 per ton to haul and £33 per ton delivered. Most of the grain was bought off local farmers.

Ground nut and cotton cake were imported and hauled from Avonmouth. American maize and fish meal from Iceland were hauled from Cornwall.

Customers were in about a 50 mile radius of Barford. There were a few in Cornwall so when a load of meat bone-meal was being collected a load of the mill produce was taken saving a journey.

At one time nearly all the produce was collected but later most was delivered.

Five years ago a new plant was built.

The drivers were the first line of sale so a higher wage was paid to the drivers.70% did not help unload but they all helped load their own lorries.

A simple computer for costings saved much time.

A lab was built because finished products and raw materials had to be sent to Liverpool to be analysed.

By law oil and protein rations had to be shown on the bag.

A weighbridge took 300 tons this saved much time.

Any building work was done by Mr B Foster and electrical work by Clarkes of Wellesbourne.

In the long term, the firm met expanding orders. Following the opening of their facilities in Broom Mill, near Alcester in 1975, they had plenty of unused capacity and almost tripled their weekly output of 700 tonnes without building new works.

There was a strong philosophy behind Mr Hemming’s big Alcester Mill: ”I believe sooner or later one government or another is going to put common sense before politics and allow the farmers of this nation to provide most of its food needs,” said Mr Hemmings.

“At present we are in the ridiculous position of importing about 50 per cent of our food needs when we could produce nearly all these items more efficiently ourselves. Something tells me this will not always be the case.”

Problems in the EEC

The EEC, he believed, had not been a good thing for British food production. “It simply cannot be tuned properly to produce the right amounts for the community as a whole. That’s why we get butter mountains and, pig-meat problems. It’s difficult enough to organise a nation to produce the right agricultural goods at the right time. When you are trying to co-ordinate a number of different nations to do it the problems are massive.”

One of Barford’s oldest businesses closed after trading for more than 80 years.J E Hemmings, bulk poultry feed manufacturers was set up in a watermill in 1905 by the village baker James Hemmings.

Over the years the business had became more automated and until recently employed 28 staff.The founder’s grandson, chairman and managing director David Hemmings is retiring for personal reasons.”I wanted to sell the business as a going concern, but no-one was interested. Now I think the property will probably be sold off for residential development. The goodwill of the company will go to a farmer’s co-operative society in Worcester. Many of our customers will go there. Then we shall just cease trading.”

The land and buildings were sold by tender on October 21st by Birmingham estate agents Henry Butcher.

The land was built on by Carla Homes and the cul-de-sac of homes was called Hemmings Mill.