You are here: Home>Places>Barford Hill House

BARFORD HILL HOUSE. Charles Mills (D.1827) acquired an estate in the parish of Barford , the younger son of the, Rev. John Mills, Rector of Barford. Through the influence of his uncle William Mills he became a partner in Glyn Mills Bank and Deputy Chairman of the East India Company, and in 1802 he was elected Whig MP for Warwick in opposition to the ‘castle interest’.

He later employed Henry Hakewell to build a “plain stuccoed villa” overlooking the Avon, which became known as Barford Hill House. The estate was bought c1837 by Samuel Ryland (d.1843), a Birmingham industrialist.  His daughter Louisa enlarged the house c1845-50. When she died in 1899, the property passed to her cousin William Alston Smith, who took the name Ryland. The house was demolished in 1955, and the Smith Ryland family moved to Sherbourne.

In 1899, William Smith, Louisa’s cousin, inherited and added Ryland to his surname.The house had 82 rooms and a large staff, its own fire engine, boat house and ice house.

It remained the Smith’s home until 1954 until it was demolished. 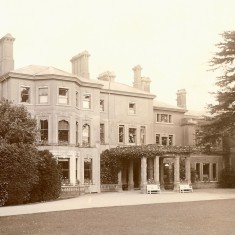 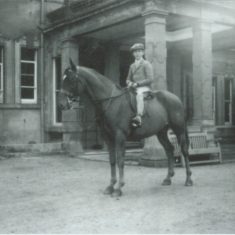 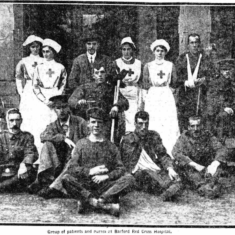 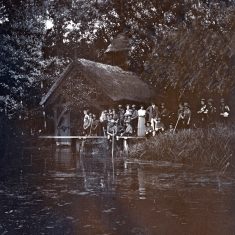