You are here: Home>Places>Westham House 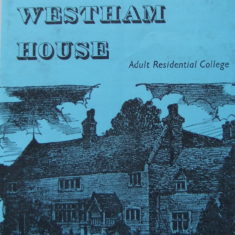 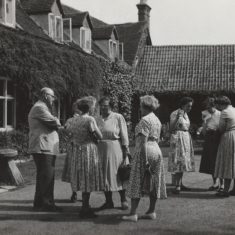 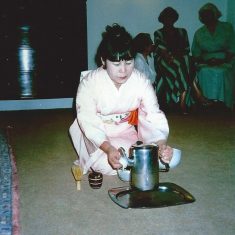 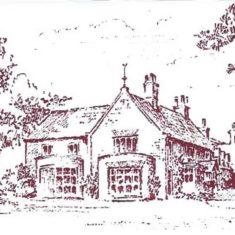 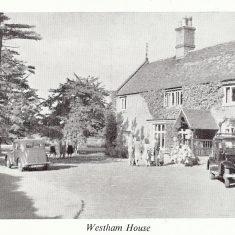 Westham House was a C16 timber-framed farmstead before the field enclosures of 1760. It was then enlarged as a hunting lodge.

We know of two sons, Hon Gustavus Lascelles and Hon Desmond Claud Hamilton-Russell both of whom enlisted in the Grenadier Guards and were both killed on active service.

In 1940 the Seaford Ladies College was evacuated from a bombed area of Sussex. Both staff and pupils integrated very well with every aspect of village life. One of the staff, Elsie Winney, became Guide Captain to the Barford troupe.

Maud Workman  used to cook breakfast for the grooms at Westham and Mary would be pushed in her pram along Westham Lane early every morning by her Mother. During the war there was a dug-out air raid shelter on the left just before Westham House. It was very claustrophobic inside being just a deep hole covered with wooded planks  and very upsetting for the young Mary who to this day suffers from Claustrophobia .

Maud Workman would often bake cakes for the convoys of American soldiers who passed along the Wellesbourne  Road. They were very gladly received and  Mary would be lifted onto the lorries and from metal trays would hand them out to the troops.

Seaford Ladies College evacuated to Westham House during the war.The girls would borrow Maud’s bike which she left propped up against the wall. They would leave a note and later Maud would find it returned to the exact same place.

In 1947 Westham House  became a residential college where people from towns were given the chance to study in a rural environment (the so-called “Town & Country Scheme”) but this was not a financial success.

The college extended its brief to a wide range of activities and studies as an Adult Education Centre, attracting students from overseas as well as from many parts of England. Elizabeth Hammond was principal in 1980s. At the end of a long track, it has now been converted into a house, offering B & B, plus 7 apartments.