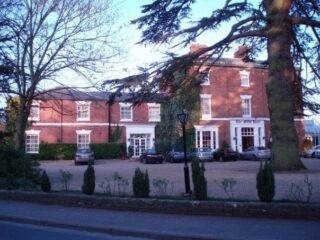 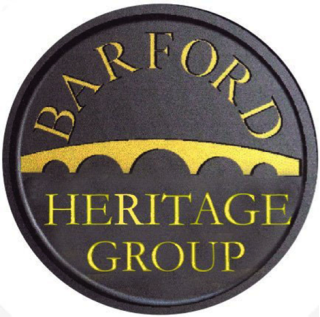 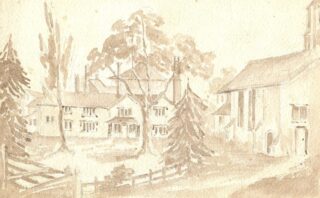 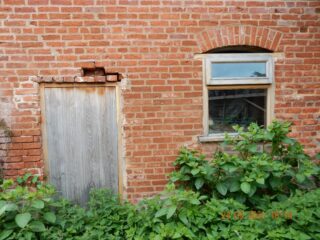 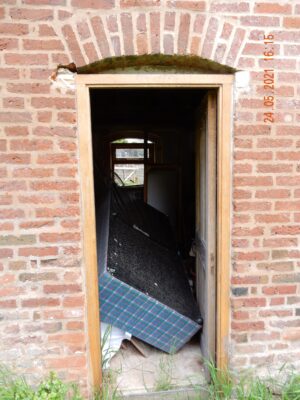 Commentary on the Heritage Statement within Planning Application W/21/0384LB , submitted by the Glebe Hotel to Warwick District Council.

The following observations have been assembled through consultation within Barford Heritage Group.

(i) We note that a specialist company, Orion Heritage, has been used to prepare the background heritage information.  It would have been useful to see this report reproduced in its entirety, rather than relying upon extracts selected by the applicant.  Barford Heritage Group has done a considerable amount of work over the years on this site and its buildings and we would like to have been reassured that the report from Orion Heritage is complete and accurate, having been based only on a desk study.

(ii) in section 4.2 it is noted that the Glebe is ‘within the core of a medieval settlement to the north of the Church of St Peter’.  There are numerous historical sites in Barford, but the site in question is the most ancient and important of these.  Its origins can be traced back to the Knights Hospitallers and subsequently to Thelsford Priory and Barford Grange.  It is referred to in ‘The Making of the Warwickshire Country House, 1500-1650’, which states (p50), ‘Few timber houses are well documented, and many are known only from illustrations, like Barford Grange which was built on the site of a grange of Thelsford Priory by the Ward family, its former lessees’. According to Tyack, Barford Grange (shown below) was demolished in 1780; the drawings of this house were collected by Thomas Ward (1770-1850) and are with numerous other drawings of destroyed Warwickshire houses and now held in the British Library.
Pevsner concludes that the Rectory was built in the late 18th century.

Should any development be undertaken within the proposed area it will be very important that an extensive archaeological dig be undertaken.

(iii) In section 4.7, a red line is drawn on the maps of 1887 through to 1968.  It is important to recognise that much of the red line extending out from the rear of the Glebe does not represent borders which existed until after the bungalows were built in 1968.  They wrongly give the impression that the area of the proposed plan within the red line has for a long time and to the present day had some special and integrated significance.  What is implied to be the ‘back land’ of the Glebe Hotel remains from its construction in 1968 to the present day the rear garden of the bungalow at no 7 Church Lane.

(iv) In section 6.1 it is noted that ‘a new bungalow at No 7 Church Lane became the vicarage’.  In section 6.7, para 5 it is also observed that No 7 Church Lane was the vicarage in the 1960s.  These statements are incorrect and appear designed to give the impression of an ongoing linkage between No 7 and the Glebe.  The Glebe was lived in by Rectors until 1946 when it was sold, the last Rector to have lived there being Canon Price.  Subsequently, the Rector has lived in the building on the corner of Church Lane and Church Street, and then at 4 Church Lane.
The title deed of No 7 Church Lane contains a restrictive covenant stating that the purchaser is:

‘Not at any time to call or designate the messuage or dwellinghouse thereby conveyed or permit the same to be called or designated ‘the Rectory’ or ‘Barford Rectory’ or by any other name calculated to suggest that the property was occupied by the Incumbent of the Benefice of Barford’.

This indicates that the Church wanted it made clear there was no further connection between it and the property in Church Lane.  The same restrictive covenant appears in the Title Deeds of other Church Lane bungalows.

(v) In section 6.3 (para 4) and section 6.5.2 it is stated or implied that No 7 Church Lane formed part of the hotel accommodation.  This is incorrect.  An application for change of use from residential was made in 2004 (W/04/0411) but this was refused.  An appeal was also refused.  The property and its extensive rear garden remain rated as a domestic dwelling.

(vi) In section 7.7.2 reference is made to the difficulty of saving listed buildings like the dovecote and a comparison is made with the conversion of the central tower at Haseley.  The dovecote is a treasured asset within Barford.  Under the stewardship of the Glebe Hotel it was allowed to degenerate into an almost unrecoverable state.

In April 2016 local residents began to press Historic England and Warwick DC for action and following a further chase in May a site meeting was held.  It was agreed that work was needed but no schedule of works was seen.  Over a year later, in Summer 2017, work was started to clear the ivy, repoint the brickwork and take down the decorated bargeboards.  In December 2017 the work was still not completed, the window frames, door frames and replacement bargeboards being missing.  After further chasing in 2018 for the work to be completed the windows and doors were fitted but not sealed and the bargeboards were replaced, but in thin pine and without any decoration.

In the process of cleaning the roof tiles two of the glass panes in the roof light had been broken and these remain unreplaced.  In June 2018 residents made a further reminder that the work was not complete, but nothing more was done and in December 2018 Warwick DC considered the work completed.  Throughout, the reluctance of the Glebe Hotel management to undertake any work without significant pressure was evident.

Unlike the tower at Haseley, the major and unique feature of any dovecote is the interior view up into the nesting ledges.  This would be lost irretrievably in the proposed development of the dovecote.  The projection that there is no future for the dovecote other than the proposed development assumes that it continues to decline as it has done under the 19 years of Glebe ownership.  Barford is a very proactive community, as demonstrated clearly by the village shop, the King George’s field and the current project on the Barford Youth & Community Centre.  Given the opportunity, Barford residents could acquire the dovecote with immediate surrounds and access, and through a trust with subscription and grant aid undertake a modest programme of restoration and maintenance.

(vii) In section 7.8.3 it is stated in relation to the bungalows of Church Lane that ‘the new cul de sac clearly harmed the setting of St Peter’s Church and the Rectory’.  If important losses of heritage assets to modern development in Barford are to be considered, the redevelopment of Red House and Barford Hill House are much more important examples than the loss of the Rectory gardens.
There is already a serious shortage of bungalows in Barford.  The bungalows in Church Lane are highly sought after by local residents wishing to downsize; they are considered to have enhanced rather than harmed the local setting and to lose one of them to this development would be detrimental.  The Barford Village Design Statement, which is enshrined in law, creates 6 zones for development in the village.  Church Lane is in the village core, zone 1.  The statement for this zone states that ‘Extensions to the 20thcentury properties must not damage their historic integrity and materials and design should match the existing as far as possible.  Any extensions to the Church Lane bungalows must respect their low rise and open plan design.’

(viii) Section 8 attempts to assess the impact of the proposed development on other listed buildings in the vicinity.  But it is unrealistically positive.  The Glebe is at the heart of the conservation area in Barford and of the village’s 42 grade II listed buildings about 14 are close enough to the Glebe to be affected.  Close by, 29 Church Street, Jasmine Cottage and The Old Mill House are directly opposite and overlooked by the proposed 3-storey apartment blocks at the front of the site.  The Old Mill House is adjacent to the rear.  Four of the listed buildings in Church Lane, of which South of St Peter’s and Toad Cottage are thatched and Dragon Yard was the old Tithe Barn will be severely impacted by the increased traffic along this narrow lane.  Further away, from Keytes Lane up to Watchbury House, another eight listed buildings will be affected by increased parking along Church Street and High Street.

(ix)  The Lebanon Cedar at the front of the Glebe Hotel is an iconic feature of the village and will be further damaged by the development.  Barford Heritage Group has worked hard over an extended period to rescue this tree and improve its condition, it having deteriorated seriously as a result of the surrounding ground becoming impacted by car parking.  Damage from redevelopment occurs all too easily and this tree could be put seriously at risk.